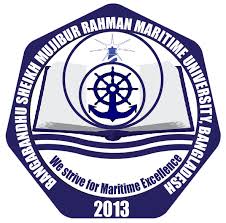 The university is currently at its formative stage. We gradually plan to develop this university as the highest seat of learning for the students who would aspire to explore the maritime world for the greater interest of the humanity. The university would conduct both graduate and post- graduate courses on various fields, which includes subjects related to Safe Operation, Handling and Management of Ships, Port and Shipping Administration, Maritime Technology, Naval Architecture, Oceanography, Marine Science, Hydrography, Ocean Engineering, Offshore Engineering, Coastal Engineering, Maritime Laws, Maritime Security and Strategic studies, Business Studies, Information and Computer technology, Environmental Science etc. The university will have the dual role of running higher level courses for students, as well as regulating the affiliated institutions for their graduate/post graduate programmes. Presently endeavours are being made to open courses by the next academic session at hired campuses on subjects related to Port/Shipping Management, Logistics/Engineering Management. Upon having a permanent campus, new graduate and post- graduate programmes on specialized fields will be offered.

This website has been opened with a view to bringing the maritime community to share information on a common platform. It also offers you to get acquainted with our mission, vision and objectives. I would invite every member of the maritime community to drop your valuable suggestions so that one day this university campus becomes one of the finest campuses in the world where the enthusiastic learners would conduct research on different subjects of international standard in pursuit of knowledge with excellence, dignity and morality which would ultimately benefit the world in general and the country in particular.

On the 2nd February 2014, the University's first office was established at BNS Hazi Mohsin, Dhaka Cantonment, Dhaka with active cooperation of the Chief of Naval Staff Vice Admiral M Farid Habib, NBP, ndc, psc. On the 1st March 2014 the University started its administrative activities by setting up a Liaison Office at 656 Link Road, Mirpur DOHS in Dhaka-1216. With a view to commence its academic activities, on 1st August 2015, the University was shifted to its temporary campus situated at Pallabi, Mirpur-12 in Dhaka. In 2018, the Government of Bangladesh has allocated 106.68 acres of land at Hamidchar (Rangamatia and Bakolia Mouja) under Bandar Thana in the district of Chittagong for the purpose of establishment of a permanent campus of the University.