Originally, UNIFIL was created by the Security Council in March 1978 to confirm Israeli withdrawal from Lebanon, restore international peace and security and assist the Lebanese Government in restoring its effective authority in the area. The mandate had to be adjusted twice, due to the developments in 1982 and 2000. Following the July/August 2006 crisis, the Council enhanced the Force and decided that in addition to the original mandate, it would, among other things, monitor the cessation of hostilities; accompany and support the Lebanese armed forces as they deploy throughout the south of Lebanon; and extend its assistance to help ensure humanitarian access to civilian populations and the voluntary and safe return of displaced persons. Currently 01 contingent from Bangladesh Navy (BANCON) is deployed in UNIFIL. 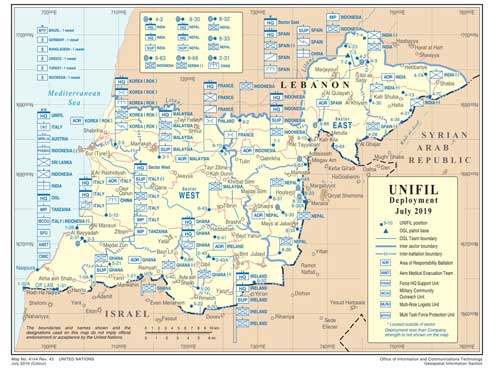